The RPS after-treatment retrofit kit, called the Blended After-Treatment System (BATS), reduces the emissions of existing dual engine passenger locomotives.  The system combines and treats the exhaust of both the main and HEP engines that are required for most passenger train service.  RPS has a broad patent on this system which has been tested and EPA certified to reduce emissions to equivalent levels of new locomotives at a fraction of the cost.  The BATS is a significant breakthrough for passenger rail agencies as it offers the opportunity to retain existing fleets of locomotives while still meeting or exceeding EPA emissions requirements.

The patented BATS is a unique concept developed by RPS that allows legacy Tier 0 EMD passenger locomotives fitted with independent HEP generator engines to meet Tier 3+ emissions requirements without replacing the proven and reliable 2-stroke medium speed main engine. The key to the concept is combining the HEP Exhaust with the main exhaust in order to facilitate mixing and delivery of the dosing agent (Urea) to optimize the emissions reduction for both engines. The system consists of Compact Selective Catalytic Reduction (CSCR) with a Urea storage and injection circuit, respective exhaust ducting, and a system controller that monitors and dispenses the Urea as a function of system load.

The BATS Tier 4X is the latest iteration of the product.  Built on the proven and EPA Certified Blended After Treatment  (BATS) Architecture, the  “X” signifies EXTRA as the additional Blended Power System (BPS) will allow legacy dual engine passenger locomotives to provide:

The BATS is an improvement to the EF&EE ‘Compact SCR’ system previously tested in service with Metrolink in 2010. 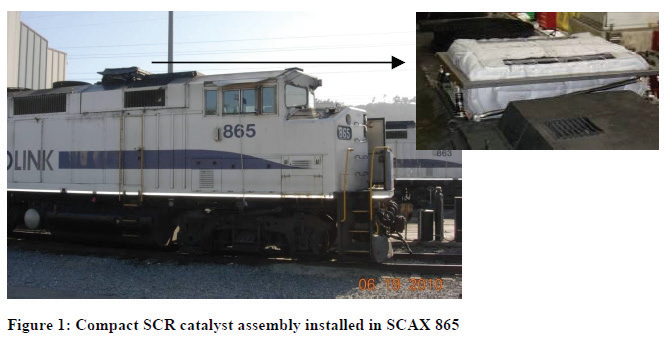 The Selective Catalytic Reduction (SCR) unit in the BATS is based on the original Compact SCR that underwent  over a year of combined testing and commuter rail service as part of a demonstration effort for Metrolink performed in 2010. The lessons learned from this effort were incorporated into the first BATS system that was operated in service on North Carolina Transportation Department’s (NCDOT) Locomotive 1859 in 2016 and 2017.  Fitted with the BATS, NCDOT’s 1859 became the first passenger locomotive in the United States to achieve Tier 4 NOx Emissions levels in passenger service resulting in the BATS receiving EPA Certification in 2018. 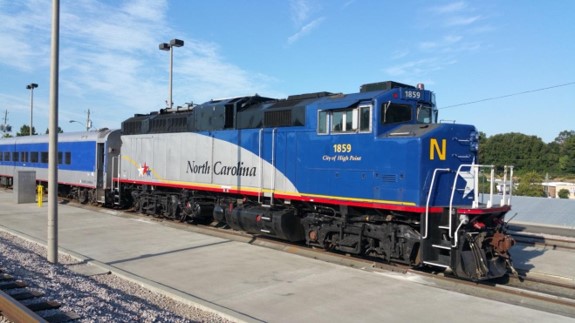