Thanks to KLCS and the “Sustaining US” program for featuring the RPS battery locomotive technology.

Click here to read the article in Railway Age!

Rail Propulsions Systems, LLC, (RPS) of Fullerton, Calif., has successfully restored and recycled locomotive 999, an early zero-emission battery prototype which was developed by NS more than 10 years ago to be a road switcher but did not meet the requirements and the project was abandoned.

RPS recently acquired 999 and has installed its power control systems and other upgrades, which aim to enable 999 to be productively employed in southern California’s Los Angeles Basin. Although improved in recent years, the air quality in the L.A. Basin is still the worst in the country, and diesel engines are a major source of air pollutants. RPS’s philosophy is to modernize and recycle existing railroad locomotives.
﻿ 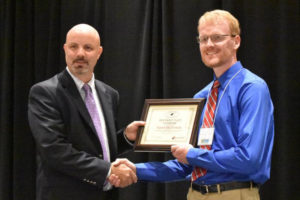